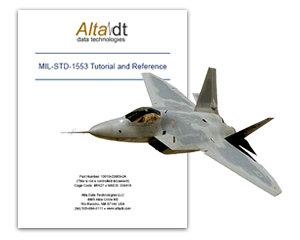 MIL-STD-1553 has had a long, popular life – and will continue to be supported for decades to come in new and legacy applications. Alta engineers and managers have been in the avionics industry since the early 1980’s and
have worked on nearly every major avionics program.

ARINC (Aeronautical Radio Inc.) maintains specifications for many avionics data bus protocols. The current versions of the ARINC specification documents can be purchased from ARINC:

This document will provide a summary of some of the commonly used ARINC protocols. This is intended only as a brief overview and should not be used in place of the ARINC specification documents.

ARINC 429, formally known as the Mark 33 Digital Information Transfer System (DITS), is a specification for the transfer of digital information between avionics system elements. 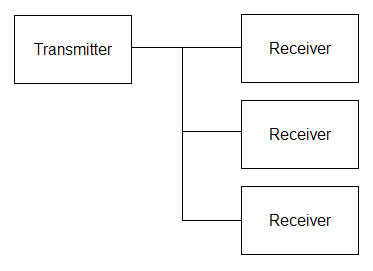 MIL-STD-1553 has had a long, popular life – and will continue to be supported for decades to come in new and legacy applications. Alta engineers and managers have been in the avionics industry since the early 1980’s and have worked on nearly every major avionics program.

The links to the right provide some of the most useful 1553 references – the same references we use in our product development and support. The  MIL-STD-1553 Tutorial and Reference (52823 downloads)  is a summary of the standard and critical aspects in development of a 1553 computer (this document is ideal for quick reference for design and programming). We don’t bother to repeat the detailed parts of the standard because the  MIL-STD-1553B Notices (19364 downloads)  and  MIL HDBK 1553A Notice II (17923 downloads)  are the best resources. The SAE is the governing body of the 1553 standard and the current versions are copyright controlled under “AS15531” titles.

Our AltaView and AltaRTVal products offer the best tools for debugging and validating your 1553 system. If you require more information, please contact us. If you need detailed test and training support, the best source in the world is Leroy Earhart of Test Systems, Inc of AZ, USA. www.testsystems.com.

MIL-STD-1553 (1553) is a standard that describes a one megabit serial network physical layer (layer one: physical layer – PHY) and message level protocol (layer two: data link layer).  Primarily used in legacy avionics, power, sensor and control systems, 1553 has been deployed on thousands of applications worldwide throughout its 35+ year existence including prototype passenger cars, oil platforms, subway control systems and the International Space Station.  The US DoD gave-up oversight of the standard (and most MIL-STD documents) in the early 1990s and the standard is now overseen by the Society of Automotive Engineers (SAE) as commercial document “AS15531.”

This overview is designed to complement the referenced MIL HDBK 1553A Notice II (17923 downloads)  document, which provides an excellent detailed review of the 1553 standard (MIL-HDBK-1553A Section 20 provides a summary of MIL-STD-1553B Notice 2).   Commercially available chip-sets and interface cards (like Alta’s) “off load” the protocol processing (protocol engine) so the engineer’s primary concern is design/integration of application software and cabling issues.  The following paragraphs will highlight the main points of the standard that the design or system engineer needs to know for a successful integration.

The following diagram shows a crude example of a simple network with computers (BC, RTs and/or Monitor), bus cabling, transformer couplers, stub cables and bus terminators.  More description on these terms is provided in the following sections.  The computers shown in the picture could be actual Line Replacement Units (LRUs) or a PC/VPX computer with an Alta 1553 interface card.

Before diving deeper in the review, let’s have a brief history lesson…Erwin Gangl was one of the early pioneers in integrating digital computers into military aircraft while working as an electrical engineer at Dayton’s Wright-Patterson Air Force Base from 1965 to 1988. In the late 1960s he was assigned to handle the digital computer requirements in the F-15 program office. (Ref1)

“With that came the requirement to set up the inter-communication with all of the other avionic subsystems like the radar navigation controls and displays,” said Gangl, who’s considered by many to be the father of the data bus standard (Mil-Std-1553) that led to plug-and-play digital avionics. “Where in the past all signals were connected by stringing point-to-point wires, resulting in big cables and connectors, it became very frustrating to me that this couldn’t be done digitally. So I recommended that we go to a timeshared digital multiplex data bus concept. The digital conversion is done at the sensor, and a digital signal is sent to the computer via a dual redundant shielded twisted wire pair. This replaced having to have the analog-to-digital converter hardware being part of the computer, and also reduced the number of wire cables needed to connect the computer to the rest of the avionics.   It turned out that the concept was accepted, and we developed the Mil-Std-1553 data bus standard that is still in use today.”  (Ref1)

Today, 1553 is regarded as a low speed computer interconnect standard that can be developed with readily available, low-cost commercial components and is ideal for environmentally harsh environments (especially environments with electrical noise).

The links provided below are some of the best resources for Avionics, MIL-STD-1553 (1553, 1553A and 1553B).   We have also provided links to companies that we think have great products and do an outstanding job in supporting the customer.
>> Learn more about MIL-STD-1553 and Cyber Testing

Standards and References – Training and Tutorials

This website uses cookies to improve your experience while you navigate through the website. Out of these, the cookies that are categorized as necessary are stored on your browser as they are essential for the working of basic functionalities of the website. We also use third-party cookies that help us analyze and understand how you use this website. These cookies will be stored in your browser only with your consent. You also have the option to opt-out of these cookies. But opting out of some of these cookies may affect your browsing experience.
Necessary Always Enabled
Necessary cookies are absolutely essential for the website to function properly. These cookies ensure basic functionalities and security features of the website, anonymously.
Functional
Functional cookies help to perform certain functionalities like sharing the content of the website on social media platforms, collect feedbacks, and other third-party features.
Performance
Performance cookies are used to understand and analyze the key performance indexes of the website which helps in delivering a better user experience for the visitors.
Analytics
Analytical cookies are used to understand how visitors interact with the website. These cookies help provide information on metrics the number of visitors, bounce rate, traffic source, etc.
Advertisement
Advertisement cookies are used to provide visitors with relevant ads and marketing campaigns. These cookies track visitors across websites and collect information to provide customized ads.
Others
Other uncategorized cookies are those that are being analyzed and have not been classified into a category as yet.
SAVE & ACCEPT
Scroll to top

Below are the products that are in your cart. If you wish to remove any, please uncheck the corresponding checkbox.

Please visit our sales request form to send us your chosen products.

Below are the products that are in your cart. If you wish to remove any, please uncheck the corresponding checkbox.

Please visit our sales request form to send us your chosen products.